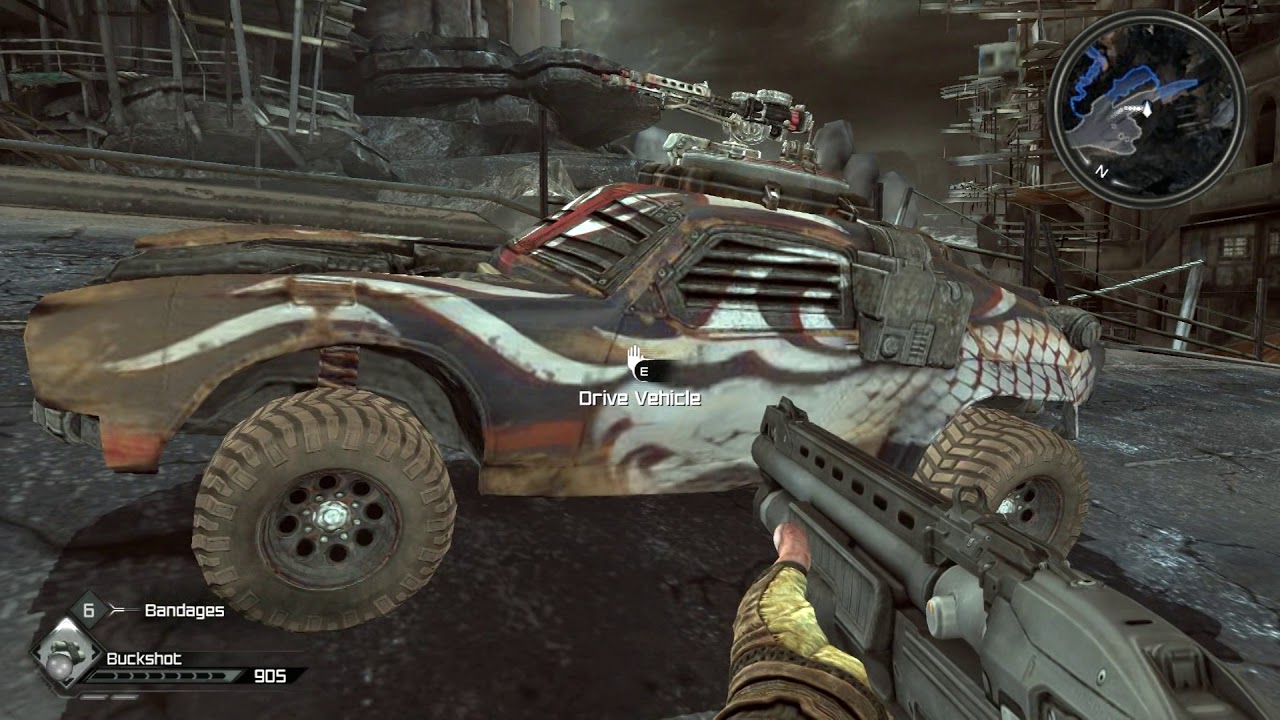 RAGE – All Available Cars And Vehicles, Including Vehicles Like The ATV, Dune Buster Buggy, The Cuprino, The Monarch And The Rat Rod.

Rage – The game takes place in a post-apocalyptic world similar to that of other popular video games such as Fallout and Borderlands. In an interview with GameSpot, designer Tim Willits revealed that the game is set in the near future following the impact of 99942 “Apophis”. Matthew Costello, who worked on the plot of Doom 3, also worked on the RAGE plot. Influences on the driving and racing gameplay include games such as MotorStorm and Burnout, according to another Willits interview by Shacknews. Players are able to upgrade their cars with money won from races