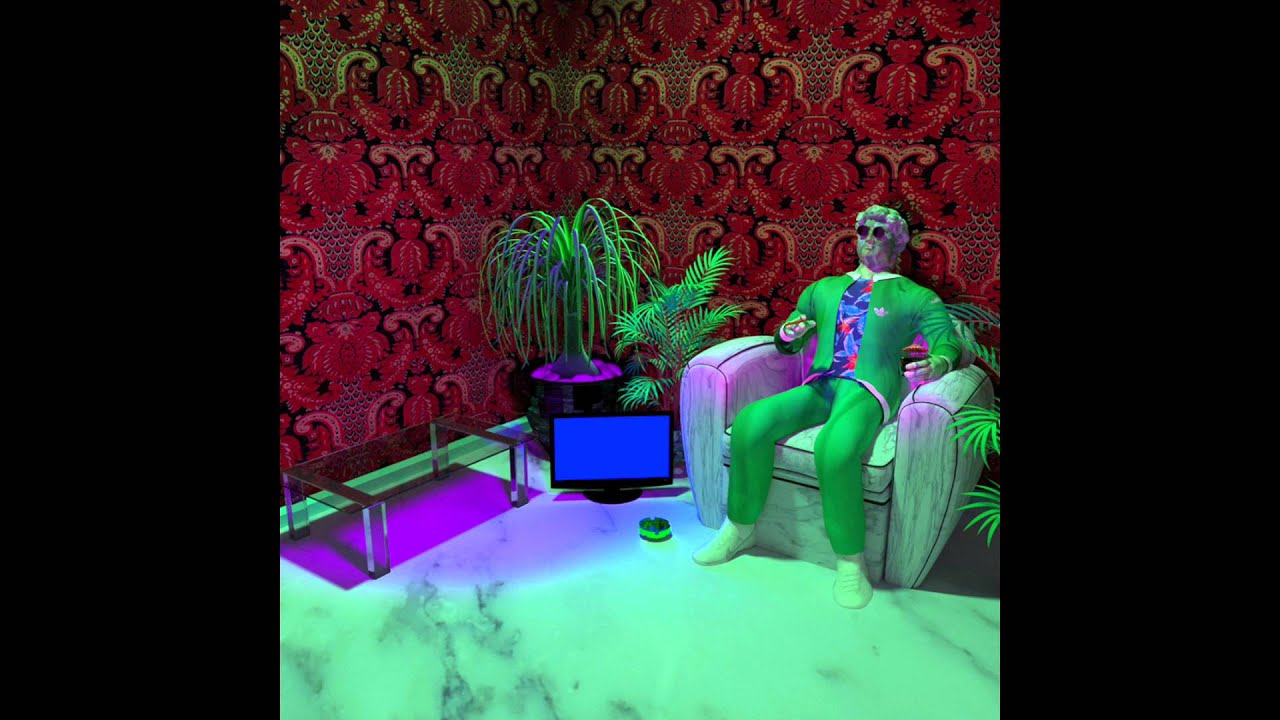 Jade Statues may be a new name for some followers of Dream Catalogue, but the Vancouver native is a name who has been waiting to burst onto the scene for some time. Having done live shows with Blank Banshee earlier this year as well as being selected for 2015’s Red Bull Music Academy, JS looks to have a promising future as an artist and producer.

His debut album ‘Executive Towers’, presented here as DREAM_108, has been over a year in the making after the popular Phthalo Green track, which features, made a splash on Soundcloud in 2014. It is a superbly crafted foray into future beats, abstract ambience and surrealist dream territory.

Not only an album, but the soundtrack to an upcoming video game inspired by Hiroko Nishikawa’s classic PSX title LSD Dream Emulator, ‘Executive Towers’ is a dark, dreamy and at times unsettling reimagination of early vaporwave cultural icons and ideas, a dark trip into the uncanny valley and beyond. The concept is alluded to by the album cover’s graphic that shows an avatar of the classic vaporwave Roman statue reclined in an old leather couch, pondering what can only be the bleakest of memories with a glass of liquor in hand, alone in a musty living room lit by the glowing azure of a untuned television screen.

VAPOR MEMORY IS NOT MONETIZED. All ads that may appear on videos are placed by distributors such as “Ingrooves” representing the copyright owners so that they get paid while you listen. Support the artists and labels directly by clicking the Bandcamp link located in the description of each video and purchase the cassette, vinyl, CD or digital download. Thanks for listening and enjoy the tunes!